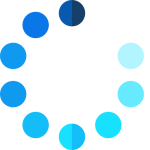 By default there are preset icons in the system that show active or inactive rewards when you add them but you are also able to add your own set of icons in place depending on the nature of the business and the also the type of reward you are offerings when a certain threshold is met.

In the setup screen shown for creating a reward you will have seen the place to add your icons and when you have them configured, and you’ve checked the update preview button you can see design come through into your card.

Here’s an example image of custom default inactive reward icons being used, a reward showing on the card but not yet reached by the user and also an active reward that can be redeemed by a user because the points threshold has been met.

This card is set to display 12 points for completion of the loyalty card.

The default inactive reward symbol shown in the above preview is the sleeping bear symbol on a grey background.

The bears face with a yellow background shows that this point has been achieved by the app user.

The green coffee cup on a yellow background shows an active reward that can be redeemed by the app user.

The black outline coffee cup shows a reward that can be achieved but is not yet redeemable by the app user.

In the lower portion of the screen beneath the stamp button you will be able to see the rewards that can be achieved with the option to redeem if the criteria has been met or the option grayed out if the user is unable to redeem.

Here it will display (as shown in the images below) where your reward name is, along with the description of the reward and also when redeemable how long the user has to to claim the reward.

When a user decides to redeem the reward they are shown the following in app.

This will then provide the prompt for the user to scan the employees qr code or for the staff member to enter their pin to validate the request for the reward to be redeemed.

Once redeemed, the reward will disappear from the loyalty card screen.

How do you rate this tutorial?

Validation Of PointsAdding A Reward